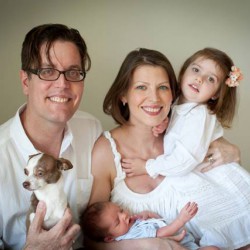 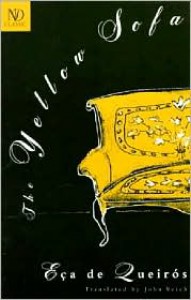 I learned about Eca de Queiros through literary critic Michael Dirda. Depending on who you ask, Eca de Queiros gets lumped alongside Dickens, Flaubert, Tolstoy, Balzac, and other greats. High praise! And The Yellow Sofa didn't disappoint. It's an excellently written novella loaded with humor, irony, and an emotional depth that had me nodding with understanding and tearing up periodically.

I found myself empathizing with lead character and cuckold Godofredo throughout. His name--meaning "God-peace"--is ironic to the extreme. Godofredo is a man of great self-doubt and volcanic emotions. His proposed solution to being dishonered is to draw lots with the adulterous Machado to determine which of them should commit suicide. This solution sounds laughable, but becomes more and more pathetic as the story unfolds. Godofredo is miserable! Eca de Queiros does a masterful job of detailing the complex emotions a person might experience in such a situation. Up and down; progression and regression. One day dark moods; the next joy. Grief is like that--unpredictable! I wanted Godofredo to find peace, and found myself uplifted when he found reconciliation and happiness with the people who had hurt him.

The emotional authenticity would be enough to make The Yellow Sofa a good book. What makes it great is that Eca de Queiros links the relational turmoil to a critique of morals. The face-saving actions demanded by honor and the Victorian bourgeois moral system are presented as ridiculous. Very real emotions stem from "unreal", arbitrary social rules. In the end, Godofredo rejoices that Ludovina's and Machado's indiscretion didn't end in the overreaction of death by duel or suicide. Eca de Queiros cautions us against blind adherence to such moral systems.

And I haven't even mentioned how much I love the opening line: "On that fateful day..." A great read from beginning to end!
Tweet